On the 26th as the sun was shining from brilliantly blue skies we sailed into the fjord lined with magnificent mountains, at the head of which Providenya is located. Upon our arrival, we called the Port Control as usual but there was no answer. We kept circling in front of the town until we saw four officials arrive at the port. It soon became apparent that they could not speak any English and that obviously was the reason why there had been no answer to our calls. 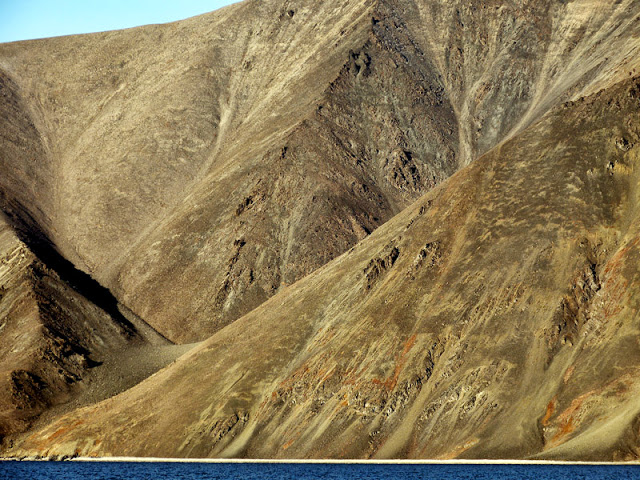 For lack of a common language, they showed us where to moor our boat by gesticulating. It was by far the ghastliest place to which we have ever tied our good boat Sarema, mere remains of a wharf with rusty iron bars and collapsed concrete slabs protruding every-which-way and more than ready to scratch the side of our boat. When we had managed to place our fenders, every single one of them, so as to protect the boat as best we could, the officials stepped aboard. 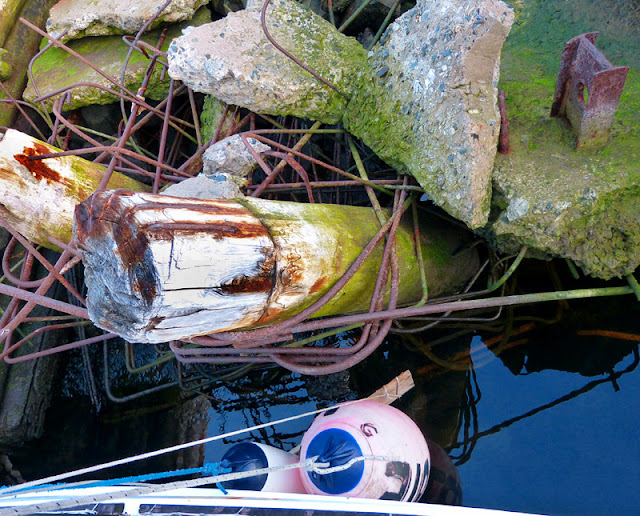 While they were meticulously studying our documents, we were holding our breath and keeping our fingers crossed. I don't know if this did it or whether it was the magic of all that splendour we had experienced two days before, but no one said a word of our already expired cruising licence!
Lähettänyt RiMaK klo 16.32